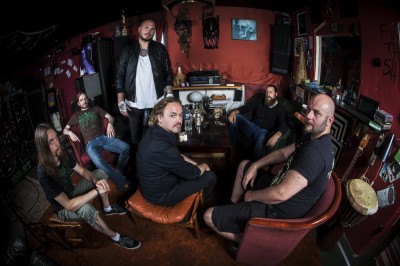 The 2002 album also saw the arrival of keyboard virtuoso Sven Karlsson. In 2005, SOILWORK was joined by drummer extraordinaire Dirk Verbeuren and released “Stabbing The Drama” which quickly became a landmark release, highlighted by an 18 month world tour and a spot on Ozzfest alongside headliners Black Sabbath and Iron Maiden.

In 2012, with guitar tandem Sylvain Coudret and David Andersson on board, SOILWORK spent eight months writing and recording “The Living Infinite”, the first double album in melodic death metal history.

Adventurous yet true to the band’s identity, this Jens Bogren produced twenty song powerhouse is the ultimate proof that SOILWORK are true masters of their art, and as relevant as ever!